John Lennon had a dream, and so do I.

Imagine all the people sharing EPIM-cloud ...
You may say I’m a dreamer, but I’m not the only one.

And now AEPIM 6.0 is bringing my dream to pass, allowing me to synchronize my Android and Windows devices via EPIM Cloud.

When I first heard of EPIM cloud years ago, I had no imagination of what it is about. When I first had EPIM Cloud two years ago, I used it as an extra backup for my (Win)EPIM data. At that time, there was no possibility to use it with A(ndroid)EPIM, but it made backing up WinEPIM easier. When I closed the program, WinEPIM synced changes to EPIM Cloud before shutting down.

EPIM Cloud thus allowed me to have WinEPIM data available via the internet, on the go, all the time, just in case of severe problems with the database (remember, a WinEPIM database is usually stored on a local device, such as a notebook).

But I dreamed about EPIM Cloud becoming a bridge that would bring my Android and Windows devices together. You can read more about my experience and my dream in this post.

...to seamless bridge for devices

You can imagine my excitement, then, when I heard that AEPIM v6.0 introduces EPIM Cloud and I realized it can be much more than a backup. EPIM Cloud synchronizes changes on one device with the other each time you start the program. Automatically. And this without needing to do anything. One could say EPIM cloud diminishes or even eliminates the separation between WinEPIM and AEPIM (apart from the features that are special to each program).

And all this is as secure as possible with encryption and without giving a single byte to the Google/Microsoft-conglomerate. Moreover, I still have all my data on my local device, being able to go on even when the Internet is not available.

As a beta tester/user I was eager to see if AEPIM v6.0 would really simplify everything, therefore I used it as soon as a stable beta (6.0 RC1) was available.

As before, the only thing I had to do was login to EPIM cloud in AEPIM and WinEPIM. From then on EPIM synced changes in data on the device to the cloud and vice versa.

Login to EPIM cloud in WinEPIM can be found way down in navigation pane (Figure 1).

Figure 1. A new icon for accessing EPIM Cloud appears at the bottom of the Navigation Pane in EPIM v11.0.


Login to EPIM cloud in AEPIM can be found in main menu (Figure 2). 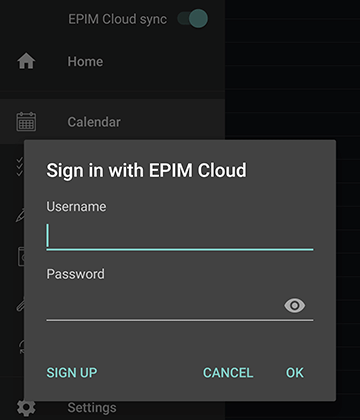 Figure 2. The login screen for EPIM Cloud in AEPIM.


Of course, some things are going on behind the scenes and to connect the three components (WinEPIM, EPIMcloud, and AEPIM) is not just “press a button” and everything is done. I will discuss this in a second post which will will give hints to bypass some obstacles.

But on the scenes, we should understand what “sync” means. Synchronizing means the program makes sure that data on a device and data in the cloud is identical, using the latest data.

There are slight differences between AEPIM and WinEPIM, of course. In WinEPIM one can set preferences in options (Figure 3): 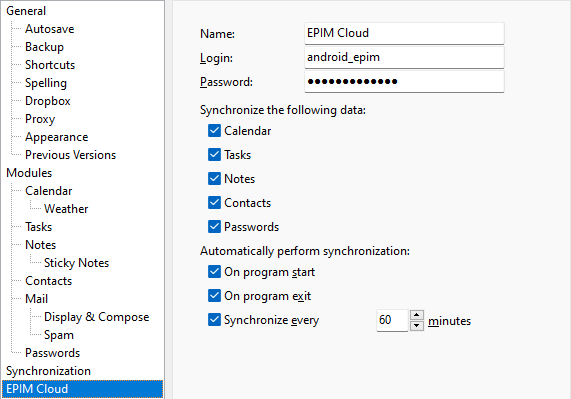 Figure 3. Options for choosing which modules to sync.

In my case, I have set to sync all modules, at program start and on exit of program.

So this is what I do most times:

Why do I use both AEPIM and WinEPIM? It’s just a question of possibilities!

Apps on a smartphone/tablet are supposed to be slim/smart/really fast. Naturally, the capabilities of Windows software go beyond what Android can support. So on my way, a mobile app lets me fill in data and concentrate on what is most important (make calls, look up data, navigate, etc). Everything is as handy as it can be.

At home, if needed, I will do all the rest on my Windows device.

I can because I know that all my latest data from my AEPIM app will automatically be in WinEPIM, all because of EPIM Cloud, to which both programs are connected and sync.

Do you use EPIM’s Windows and mobile apps? Please share your practise/experience to us via a comment!

Axel has worked in information technology and lives in Bavaria, Germany.